HGTV.com featured 12 home staging tips to help prepare houses to sell. These basic suggestions can really trick the eye when potential buyers are walking from room-to-room. Read on to see what the pros say about staging homes to perfection! 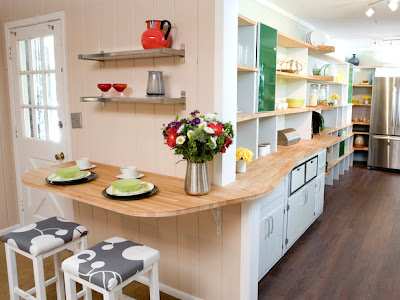 Also a myth buster for you - floor-to-ceiling mirrors do not make a room look bigger!

Click here to view a slideshow with photos and more information.

*Photo via HGTV
Posted by Realty Executives Blog at 11:55 AM 2 comments:

During the housing boom, the caliber of additional features in homes could often be seen as extravagant. No longer are the days of excessive extras as we acknowledge the days of back to the basics. The National Association of Home Builders did a study on the realities of what home buyers want in this economy. The results were simple. They want features that make day-to-day organization easier and that decrease the cost of their everyday bills. We've developed this graphic which represents the top "most wanted" list of basics for a new home, according to the National Association of Home Builders study. 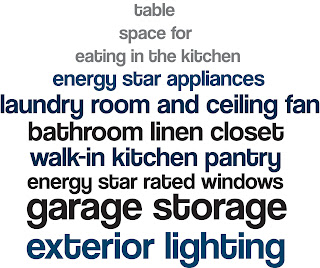 Let's break down the logistics of how some of these features can be cost and time-saving for your clients...
Keep this list on hand because some of these features may seem basic enough to your buyer that they assume most homes will have these assets. It's important to determine if your buyer wants to cut down on monthly costs and efficiency once they're in their new home. Going over the list with them can help establish their position.
Posted by Realty Executives Blog at 12:13 PM 1 comment:

Customer Service and Your Business 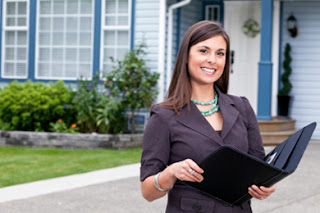 USA Today reported on nine retailers with the worst customer service in the United States. Some companies that made the list include Walmart, Sears and Netflix. You can read the full article here.

So what can you do to prevent yourself from making a similar "worst customer service" list in your city? With all the paperwork and day-to-day logistics involved in managing your real estate business, customer service may not always be at the forefront. However, in the business of buying and selling homes, it's all about the people. Here are a few ideas to amp up your people skills and help you to shine against the competition.
At the end of the day, real estate is all about relationship building so be sure to make customer service a priority in your business. And let us know if you have a great customer service tip that keeps your clients wanting more. 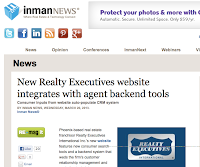 We're very pleased to announce that Inman News covered a story about our brand new website and intranet system.

The real estate news publication quoted our Vice President of Marketing, Todd Sumney, when he spoke about the multitude of benefits that our new platforms provide to our agents and consumers.

A clip of the quote read, "It takes the responsibility off an agent," said Todd Sumney, vice president of marketing at Realty Executives International. With contacts automatically uploaded into the firm's CRM system, agents can then decide whether to set them up for listing alerts or other marketing messages, Sumney said."

You can read the entire article by clicking here.

We're excited about the buzz surrounding Realty Executives International and our new amazing technology systems. We hope you'll check out our new website over at www.RealtyExecutives.com.
Posted by Realty Executives Blog at 10:13 AM 1 comment:

A Social Media "Dating Site" (Minus the Dating)

Just when we thought we were maxed out on social media platform options, the team at Brokur.com, brings us a new one.

Inman News joked that it's, "the dating site for real estate" due to it's unusual methods for pairing brokers and clients. Brokur itself refers to their idea as "Match.com meets LinkedIn." Either way you look at it, it's just another way for real estate agents to get their name and message out there.

The idea is simple, it's a website that allows buyers or sellers to find their ideal "match" in a broker or agent. Instead of starting with a home search and then contacting a real estate agent attached to a listing they like, they can instead, find the real estate agent first, the property second.

The system operates very similarly to Twitter once you've signed up. You can post messages and photos to stay in front of your audience.

The good news is, whether this platform is something you'd like to tackle or not, it's absolutely free so there's little risk (for now anyways, there's talk of adding cost if you'd like to be featured down the road).

So far according to Inman News, only a few hundred brokers have signed up, so if you're going to hop on this train, you'll be one of the first.

Posted by Realty Executives Blog at 10:38 AM 7 comments:

How to Plan for Your Dream Retirement Home 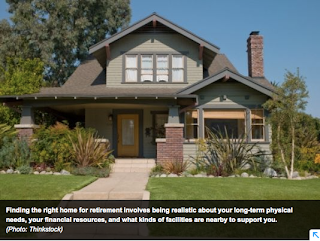 USA Today ran a story recently about what to consider when planning for your dream home, the place where you will retire and finally (hopefully) settle down.

This is an important decision that requires many factors including proximity to friends and family, nearby social clubs or religious organizations and financial factors as well.

Here are three important takeaway items from USAToday.com to keep in mind when planning to invest in a retirement home for your future:
As a homeowner planning for your future, make a list of what's important to you in your retirement in order to help you determine what your needs are for the property of your dreams.

Real estate agents, if you're helping one of your clients find their ideal fit, schedule an introductory session where you can help them to outline their needs

The Latest on Foreclosures

Yahoo! published a story on former SuperSonics center Robert Swift's foreclosed home which he recently moved out of. The state of the home... well let's just say it was a far cry from being open house ready.

The former basketball player left a whirlwind of debris in his mansion including beer cans, guns, knives, dog feces, bullet holes, damaged walls and enough piles of trash to make the home smell to the high heavens, according to Yahoo.com. The new owners have said that it will take them months to turn the house into their dream home.

You can read more about the decline of Swift's foreclosed home by clicking here. This situation prompted us to inquire about the frequency of foreclosures around the United States (for less notable homeowners).

CoreLogic released their latest foreclosure report which gives us an idea of the future of foreclosures in the U.S. and the stats are leaning towards the positive. Corelogic subtitles their report with this positive messaging, "The Foreclosure Inventory Has Fallen Year Over Year for 15 Consecutive Months."

There were 61,000 completed foreclosures in the U.S. at the beginning of this year which is down from 75,000 the beginning of last year. That makes a year-over-year decrease of 17.8 percent.

Let's be clear, the situation isn't perfect, with just over a million homes in some stage of foreclosure this year, according to CoreLogic. But the decline in the backlog of distressed assets has many believing that the future of real estate is on the up-and-up.

In the meantime, we hope that homeowners across the country will allow some "spring cleaning" to take effect before they make the big move!

To learn more about the U.S. state of foreclosures click here. 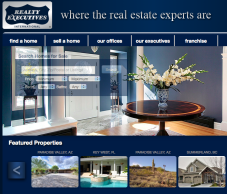 The new Realty Executives International Website allows for property search functionality in the United States and Canada and is optimized for our consumers. The new design and features were developed with our ideal client in mind, while still providing our Broker/Owners and Executives with a state-of-the-art website that meets their needs.

As if that wasn’t enough, we’ve also launched our new back-end management system which is unlike any product or tool we’ve ever developed for Realty Executives International. Not only is it a robust intranet system but, it also provides a comprehensive platform which supplies our Realty Executives Broker/Owners and Executives with a dashboard that allows them to interact with the system for a wide-variety of uses on a daily basis. We call this system Executive Access and it provides the following amazing benefits:
We are so pleased to announce the news of this incredible launch and we're looking forward to seeing how these innovative technological tools impact the day-to-day lives of both our Executives and their clients.
Posted by Realty Executives Blog at 11:36 AM 1 comment: 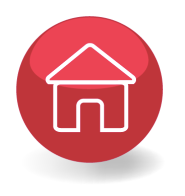