Thanks to a recovering economy, USA Today recently reported that more Americans are moving longer distances. Another key factor includes rising home prices which is making Americans rethink their next big move. Here are a few of the main elements impacting this change as provided by USA Today. 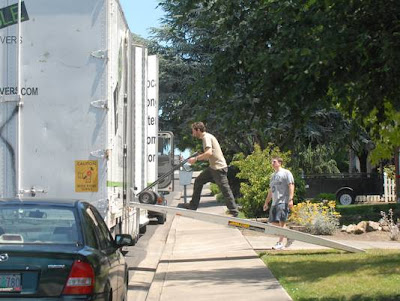 What was preventing them?
The average American moves six times but most Americans have been cited as saying that number is not as frequent because of the challenging real estate market the past several years. 37 percent of those putting it off cited lack of economic stability as the reason for not moving, while 31 percent said it was due to the real estate market

The good news
Statistics show that recent movers are traveling out-of-state and that is attributed to job availability in different markets. A sign that jobs are beginning to open up.

*Photo via USA Today
Posted by Realty Executives Blog at 10:59 AM